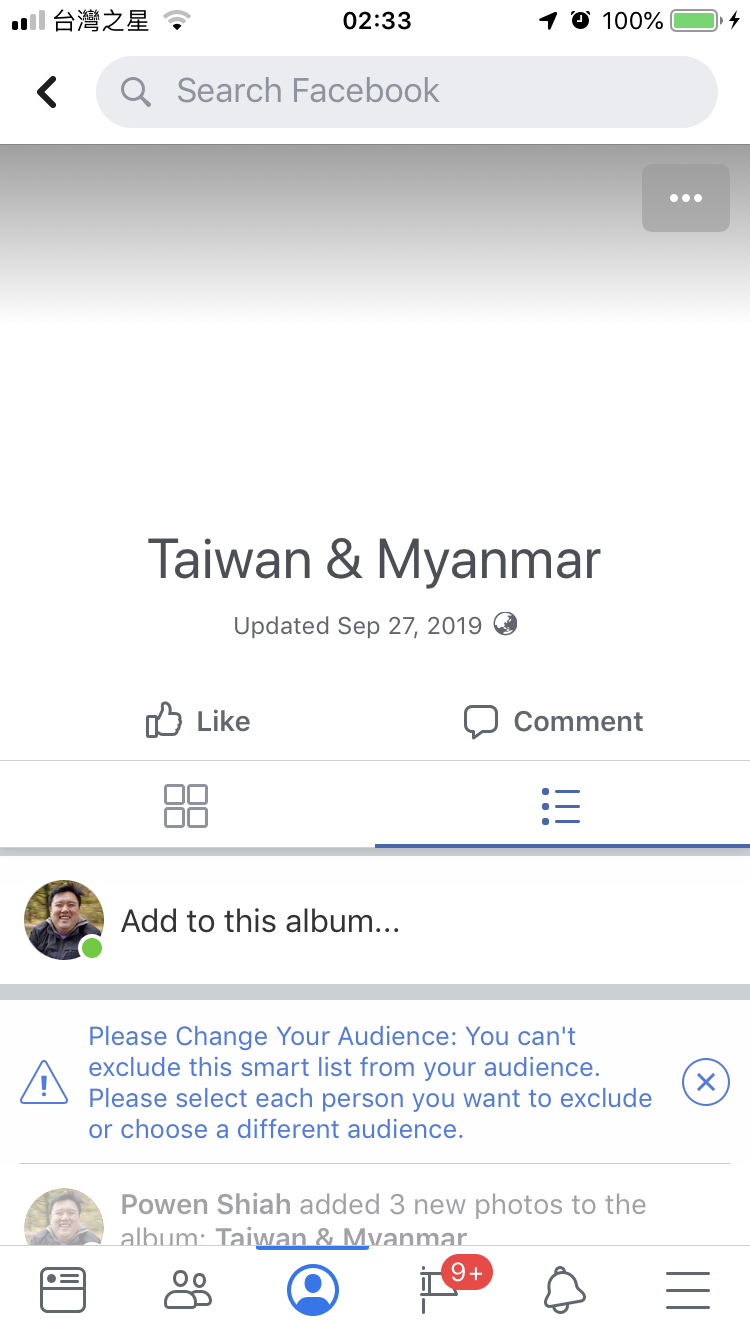 Whether I'm posting from the album (as shown in the above first screenshot), from the main News Feed input field on the app (screenshot 2), this same thing  happens to me. I've tried all sorts of changes to both the album's privacy and the general posting privacy settings I have on Facebook. This screenshot from today of the Taiwan & Myanmar album in particular shows how absurd this is: the album is *public* and I still get the warning, "Please Change Your Audience: You can't exclude this smart list from your audience. Please select each person who you want to exclude or choose a different audience."

Needless to say, I am not excluding any smart lists. In the last few months that I've been having this problem, I've reported it multiple times, taken screenshots to include with the reports, and while I don't really expect to hear anything back, it is software testing in a production environment that I feel like I'm doing for free...

Facebook, please fix your shit! If only so I can post stuff again and generate more page views and ad revenue for you.

While you're at it, could you make it possible to create posts in albums from the desktop website? I don't understand why there isn't feature parity between the mobile app and website.