25 Years after the Berlin Wall: Lichtgrenze

This past weekend, Berlin was full of people and events commemorating the fall of the Berlin Wall in 1989. November 9th is actually a pretty important date in German history, it's also the date of Kristallnacht when the Nazis attacked Jewish synagogues and businesses all over Germany (1938) as well as the end of the reign of Kaiser Wilhelm II and the German Empire (1918). But these days most people think about it as the end of socialist East Germany (German Democratic Republic).

I went with some friends on November 8th and 9th to check out the balloons that were set up along the entire stretch of the Berlin Wall, an awesome art project called "Lichtgrenze" (Light Border). The balloons were released on the evening of November 9th, which I tried to catch on video but didn't really succeed very well. If I can somehow edit the footage into something watchable, I'll post it here. For now, here are my photos: 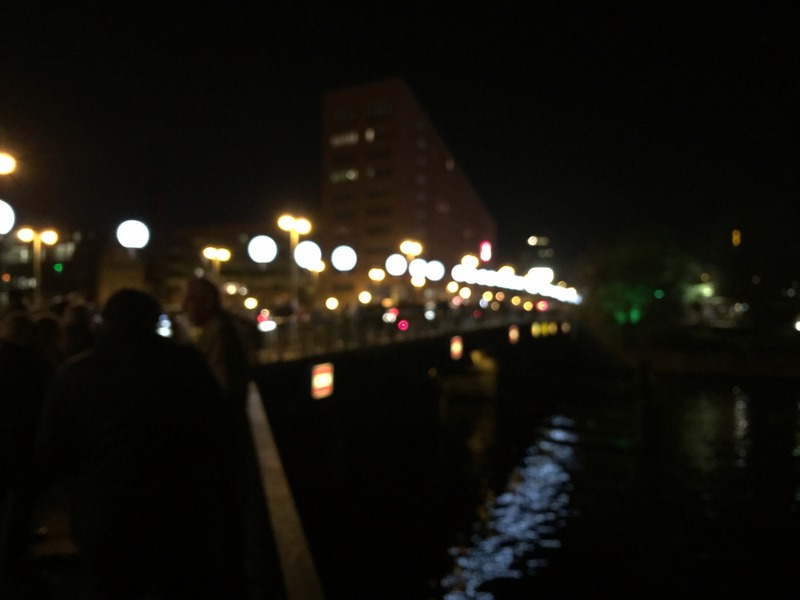